Balance the backplate first, and as you can see it was very unbalanced.  I would prefer to only dimple the surface but that was not going to get the job done.  After the backplate is balanced I assemble the spinner and balance the spinner cone.  The best way I’ve found is to brush on some "Plasti Dip" on the ‘light’ area and then embed some lead shot into it.  Too much is OK as you can then remove as needed to get a perfect balance.

By balancing the backplate, then the cone, it doesn’t matter how they are assembled as they are both balanced independently.

The 4 blade hub is balanced while assembled then I mark the assembly so that it is always reassembled properly.

​The propeller blades are weighed on a precision scale so that they all weigh the same.

This building tip was contributed by Dennis Crooks 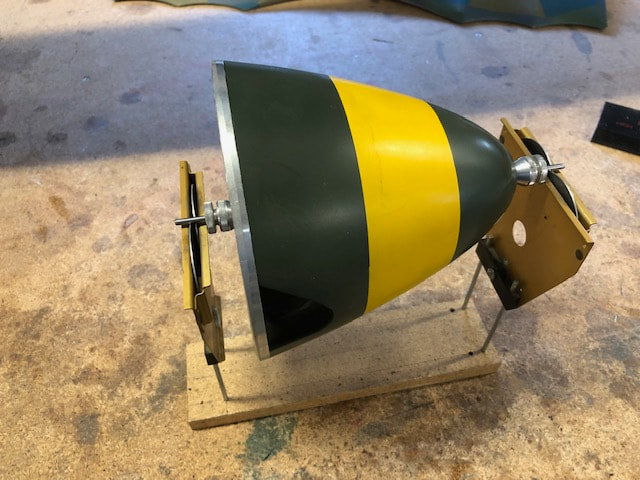 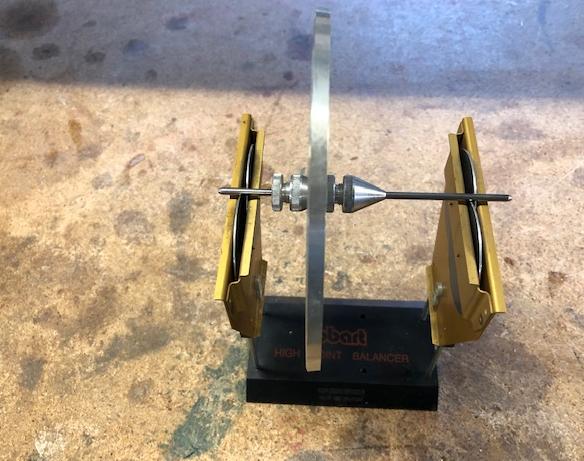 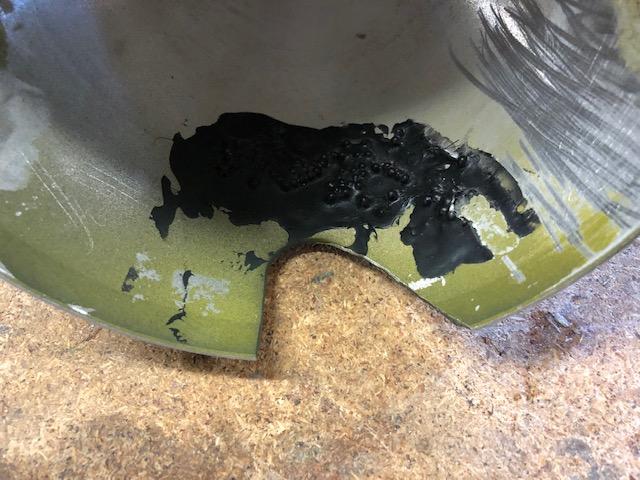 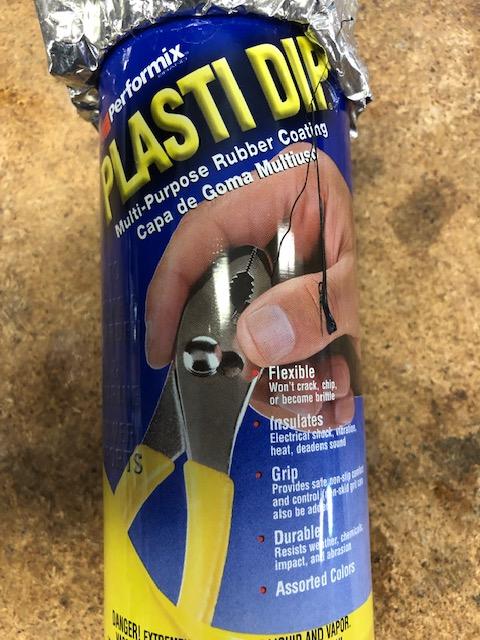